There was no missing Mum’s intelligence. As well as making sure that we could all read and write before we went to school, she was a voracious reader herself, loved quoting at length from the swathes of poetry she had learnt in her childhood and was a lifelong devotee of The Times crossword.

She was born in 1923 in Bulawayo (then Rhodesia, now Zimbabwe), the only child of Lydia and William Phillips who worked for the railway service. This allowed her regular railway trips to Victoria Falls, Durban and Cape Town in South Africa, where she stayed with her aunt, and Union Castle sea voyages to Britain to visit her family in Cornwall and Wales.

When she was 13, she won a Beit Scholarship for a place at St Swithun’s School and, while she was there, her parents both died quite suddenly leaving her an orphan in the care of a guardian. She never left the country again.

Despite this, she did well at school, and was heading for London University when WWII broke out. As a scientist, she was instead drafted into munitions production near Bedford where she met our father, Richard Whiffin (known as John). He was a pharmacist and five years older than her. When the war was over and after she had qualified and worked as a primary school teacher, they married and started a family. This became her central focus for the next 70 years.

After some years of moving about, they finally settled in 1955 in Streatham, South London and that’s where their youngest son was born and where they stayed for 20 years. They didn’t have a lot of money - which was one reason why after ten years or so Dad took on a chemist’s shop of his own in Brixton. They managed to put five of us through an excellent school, as well as affording an annual summer holiday by the sea.

Mum’s contribution to this achievement was considerable. Apart from supervising our school work, she was constantly knitting for us (a remarkable skill from which even her great-grandchildren have also benefitted), cooked wonderful meals and grew most of the food on a huge allotment behind the house. She must have been a self-taught gardener, but the range of what we ate amazes me in retrospect: blackberries, apples, plums, pears, potatoes, runner beans, broad beans, sweetcorn, carrots, peas, parsnips, tomatoes, pumpkins, spinach, lettuce - and all in enough quantity to keep us going pretty well throughout the year. The baking made up another dimension, with a steady stream of cheese scones, cakes and themed birthday cakes to keep us filled up. And she had a lifelong devotion to fuchsias and sweet peas, as any visitor to Green Gables could see.

When Dad contracted Parkinson’s disease, they decided to move out of London in the interests of his health and I suspect it was Mum’s lifelong love of the sea (and her canny awareness that it might also be an attraction to encourage visits from grandchildren) that made Minehead their choice in 1976. After taking over the flat above the shop in the Parade where Dad had got a job, they  pooled resources with their best friend, Monica Yates (from ten doors down the road in Streatham) whose elderly parents had just died, and together they bought Green Gables. In 1981, Dad finally succumbed to the Parkinson’s, after which Mum and Monica lived there alone.

Mum had always been willing to do things for others, such as looking after children for neighbours or taking meals to an old lady who lived a few doors away. Now she and Monica both found work in the Promenade Hotel on the seafront, and because it catered particularly for disabled visitors, they started up a Disabled Club for Minehead residents, which they ran largely alone for nearly 20 years. A little later, when she had retired from the hotel, Mum also began volunteering with Monica, delivering meals on wheels for the WRVS and on her own as a reading support assistant (always known as Granny) at St Michael’s First School. There, she nurtured generations of young readers, some of whom had brought their own children to her by the time she had to give it up.

Her enduring legacy will be in her lifetime’s devotion to the love and nurture of children. She shared Jesus’ sense of their centrality to the nature of humanity and she loved them unquestioningly. She has left behind five sons, ten grandchildren and ten greatgrandchildren who all owe their lives to her. God bless her. 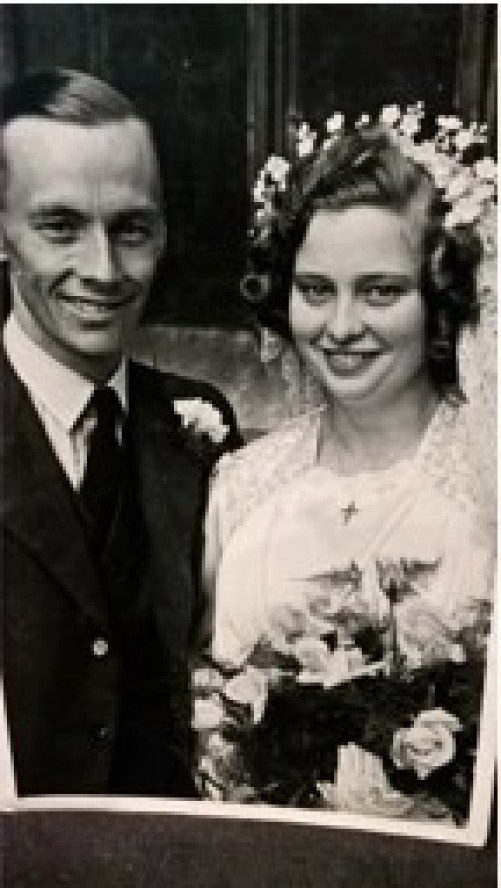